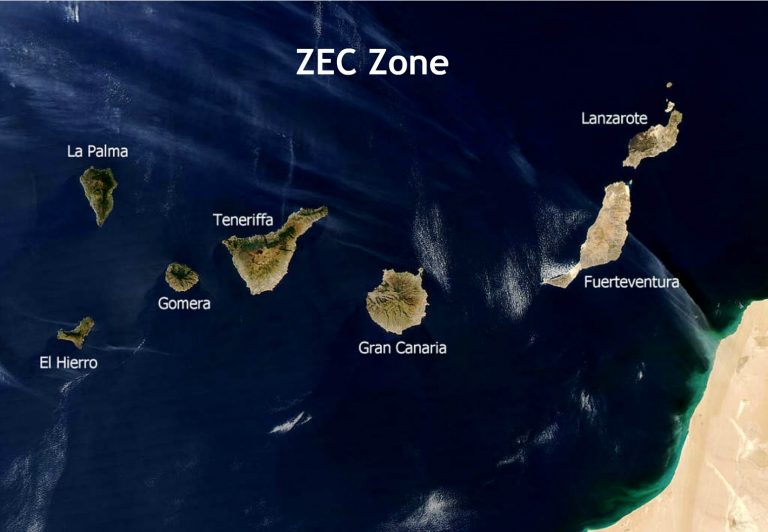 What is the ZEC?

In addition to being the best tax regime in Europe, the Canary Islands offer all of the infrastructure, services and advantages of a European lifestyle, and have a privileged geostrategic position to operate efficiently in Africa.

As an added benefit, the Canary Islands provide legal certainty and have skilled human capital.

What are its tax advantages?

The main benefit is a reduced Corporate Tax rate of 4%, compared to an average of 22% in the European Union (EU), in addition to other incentives.

Dividends distributed by ZEC subsidiaries to their parent companies registered in other countries are exempt from withholding, except for countries without information exchange with Spain.

Exemption from the Transfer and Stamp Tax.

Compatibility with the tax-free areas, Reserve for Investment and the Regime of Deductions for Investments in the Canary Islands.

What are the requirements to become a ZEC entity?

Why invest in the Canary Islands?

There are many reasons to invest in the Canary Islands but perhaps the most important is the best taxation in the European Union (EU), with 4% corporate tax rate compared to an average of 22% in the EU.

As an EU outermost region, the Canary Islands have an Economic and Fiscal Regime of their own, fully approved by the EU, which applies double taxation conventions and fiscal transparency.

In addition, the Canary Islands have other highly powerful and attractive tax incentives for certain sectors and functions. For example, in the audiovisual sector, the deduction in the quota in the corporate icome tax is 40% for foreing productions and 45% for Spanish productions o coproductions.

Another element to keep in mind is the maximum legal guarantee. Fully integrated in the EU legal system, the Canary Islands offer the total guarantee in the matter of security and protection to individuals and companies.

As a European region, the Canary Islands accumulate a solid know-how in key sectors. It also has human resources with great potential to meet the needs of companies that settle in the Canary Islands to operate in neighboring countries.

Also has all the infrastructures of a 21st century region, first-class European Health and Education, best climate in the world, 22ºC/71F average annual temperature, cosmopolitan, modern and cheerful atmosphere, and wide and diverse cultural and leisure offer.